In Hawaiian the words heʻe ʻia means "washed away", alluding to a victory achieved by the populace against others from leeward Oʻahu, aided by a tsunami that washed the combatants off the shore.

Heʻeia includes Haʻikū Valley and Heʻeia Kea. Notable in the Heʻeia area is Haʻikū Valley, a former United States Coast Guard radio transmitter site with the Stairway to Heaven hiking trail. This is the site of the former receiving antenna tower for Station HYPO, the naval crypto-analytic station that did so much toward breaking Japanese naval codes in 1941-1942 that resulted in a US victory in the Battle of Midway, seen by most historians as the turning point of the Pacific War. The site of their antenna was He’eia, NOT the site of Station HYPO itself. Wikipedia

Book Things to Do in Hawaii Hand-Picked by Our Experts

We offer extremely popular sightseeing tours and activities to ensure you'll always cherish your time in Hawaii, or wherever your vacation takes you.

Things to do on Oahu-Top Attractions & Hot Sellers 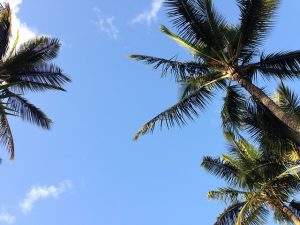 In Hawaiian the words heʻe ʻia means "washed away", alluding to a victory achieved by the…